Fill out the form below to request an event. We will get back with you in 24-48 business hours. Thank you!

Oops! Something went wrong while submitting the form

Owned and Operated by Executive Chef Jessie Scott, Annie Bell's Catering has been making your stomach smile since 2008. Inspired by his late Grandmother Annie Bell Bryant, Chef Jessie has made it his mission to hyperbolize the feeling that his grandmother’s soul food had on him growing up. Looking to provide that same sensation to the thousands of customers he has had the pleasure of serving, Chef Jessie’s charisma, storytelling, and scrumptious cuisine makes for the most memorable of culinary experiences. Two-time people's choice award winner & proud sponsor of the Ronald McDonald House, Chef Jessie Scott, has had the pleasure of catering to NBA & NFL Hall of Famers, Real Estate Titans, Hollywood actors, and even his neighbors down the street. Ask Chef Jessie what his secret ingredients are... 9 times out of 10, his answer will be “LOVE & HAPPINESS''. So go ahead and grab your calendar, and book Chef Jessie & his team at Annie Bell's Catering for your next event - your taste buds won't regret it.
Cheers! 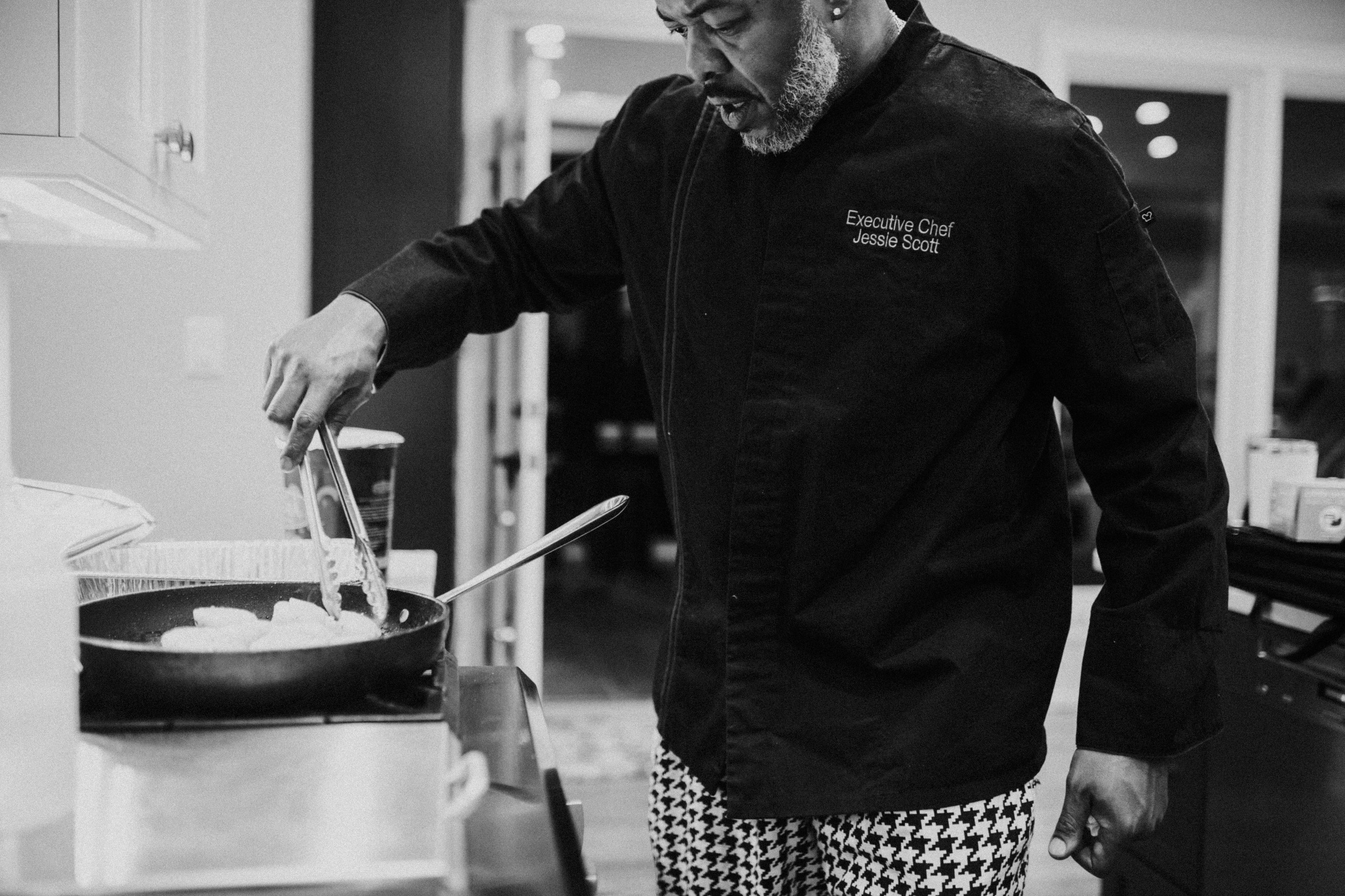 We love our clients

"Man, Jessie, your Thanksgiving dinner was OUT OF THIS WORLD!! And it was sooo nice to do all the fun stuff and not have to do all the heavy duty cooking! We loved it ALL--the stuffing and the green bean casserole were amazing! I love your cooking!"
Jennifer Spencer, Owner Spencer Properties

"I just wanted to take the time to thank you and your wife for an amazing weekend. It was a great feeling knowing that breakfast, lunch, and dinner were taken care of! It really made our time on the boat carefree! Not to mention that everything was delicious, healthy and creatively presented. I'd also like to commend you on how you were able to accommodate everyone's special dietary needs (including mine) with such flexibility. Please tell your wife that she is a sweetheart and that the kids loved her! I look forward to using your services in the near future! Thanks"

Oops! Something went wrong while submitting the form :(